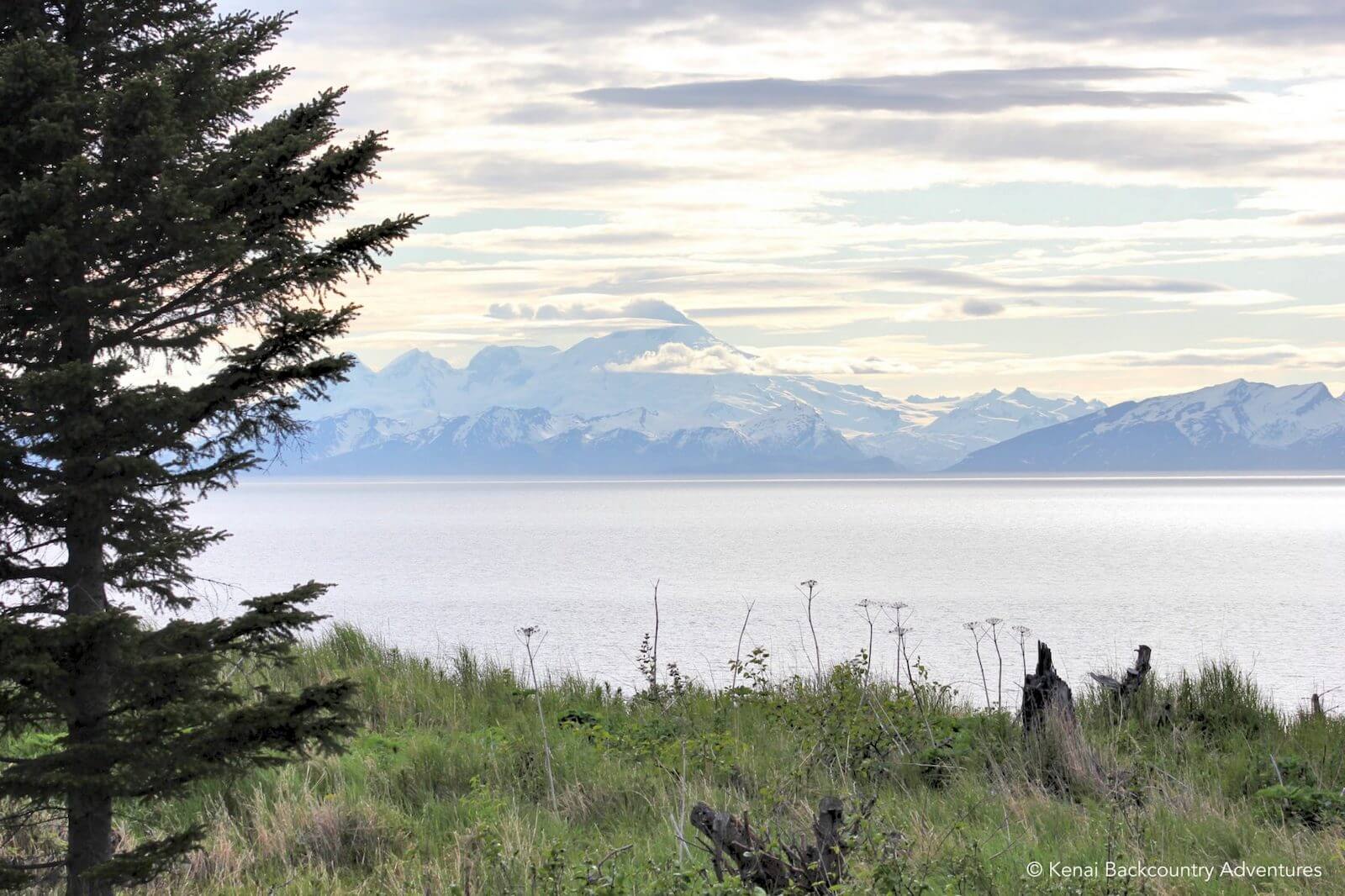 The Alaska Range is perhaps the most well-known mountain range in Alaska. It is home to Denali National Park and the giant mountain itself, Denali (you may know it better by its white-man name, Mt. McKinley). This mountain range is one of Alaska’s largest, starting at Alaska’s eastern border with Canada, arcing across the north of Southcentral Alaska, ending to the west of the Kenai Peninsula.

On November 3, 2002, a massive 7.9 earthquake was caused by a fault running through the Alaska Range. For several weeks afterwards, thousands of aftershocks were recorded. Due to Alaska’s sparse population, earthquake damage was only about $20 million.

If you measure from base to peak, you’d find that Denali is much taller than Everest. Denali’s base is only about 2,000 feet (610 meters) above sea level, whereas Everest’s base is around 14,000 feet (4,267 meters). In fact, Denali is one of the most massive mountains in the world.

The Aleutian Range begins on the western shores of Cook Inlet, across from the city of Kenai on the Kenai Peninsula. It extends to the southwest along the Alaska Peninsula, eventually entering the Pacific Ocean and forming a chain of islands over a thousand miles long. These islands gradually arc northwards towards Siberia.

Collision between continental plates has created a 1,400 mile (2,253 km) chain of active volcanoes in this mountain range.

The Brooks Range is Alaska’s northernmost mountain range, all of it being located above the arctic circle. This range stretches about 720 miles (1,159 km) from Alaska’s eastern border with Canada to the Chukchi Sea off Alaska’s west coast. Despite their northerly location and cool temperatures, there are few glaciers in this mountain range; this area is rather arid so not enough snow falls during the winter to create large glaciers. The largest glaciers in the Brooks Range aren’t much longer than file miles (eight km).

The Chugach Mountains begin near the Alaskan panhandle and form the coast along much of Southcentral Alaska. These mountains contain the greatest concentration of glacial ice in Alaska. As the warm, moist winter air off the ocean meets these mountains and cools, it creates some of the highest snowfall in Alaska. During the winter of 1952-1953, Thompson Pass near Valdez received about 81 feet (25 meters) of snow.

A major fault in Prince William Sound is contributing to the ongoing formation of these mountains. In 1964, this fault slipped, creating the Good Friday Earthquake that severely damaged Anchorage and destroyed several smaller communities including Chenega, Seward, and Valdez.

This mountain range is appropriately named, most of it lying along the coastal areas of Southeastern Alaska. A line drawn from peak-to-peak of many of these mountains forms the boundary between Alaska and British Columbia.

Flat land is hard to come by in this area. Many communities such as Juneau and Ketchikan are built on the sides of mountains. Other communities like Skagway occupy narrow valley floors. The terrain is so rough and rugged that there are no roads to connect the communities; all travel is by air or boat.

As the Coast Mountains enter the ocean they create the Alexander Archipelago as well as the other thousand or so islands that make up Southeast Alaska. These islands protect the coastal parts of the mainland from the rough waters of the Gulf of Alaska.

A popular attraction in the Kenai Mountians is the fjords created where the east coast of the Kenai Peninsula meets Prince William Sound.

The Kuskokwim Mountains begin in the interior west of Fairbanks. They run to the southwest where they stop at Bristol Bay. These mountains aren’t as impressive as many of Alaska’s other ranges, although they are no less rugged. The reason that visitors rarely visit these mountains is location–there are no roads to this area and major communities are few.

The Nulato Hills are bordered on the east by the Yukon River and the west by Norton Sound. This area is sparsely populated and the hills are small so visitors are few.

Almost all of the Olgilvie Mountains are in Canada, only a small part crosses the Alaska-Canada border. The highest peaks on the Alaska side are barely over 4,000 feet (1,219 meters); just across the border the mountains rise to 6,000 feet (1,829 meters).

The St. Elias Mountains are the highest coastal mountains in the world. Like the Coast Mountains, there is little flat land so much of the area is uninhabitable.

The Talkeetna Mountains are a stretch of long-extinct coastal volcanos that got pushed inland through millions of years of geologic activity. These mountains connect the Chugach Mountains to the Alaska Range.

Although not the most impressive mountain range in Alaska, the Talkeetna Mountains are frequently visited due to their close proximity to Anchorage. The unpaved Hatcher Pass Road crosses a high pass near the outskirts of the mountains. The Glenn Highway parallels these mountains for many miles.

The Wrangell Mountains is a block of mountains sandwiched by the Chugach and St. Elias Mountains on the south and the Alaska Range’s Mentasta Mountains on the north. Several active volcanoes, including Mt. Wrangell and Mt. Drum, are easily visible to one travelling east to Glenallen.

The Yukon-Tanana Uplands consist of a number of low mountain ranges including the White Mountains and the Ray Mountains. The highest mountains in these uplands top out around 6,000 feet (1,829 meters).

The Highest Elevation Point in Every US State