Katmai National Monument was established in 1918 to protect the volcanically devastated region surrounding Mount Katmai and the Valley of Ten Thousand Smokes. Today, Katmai National Park and Preserve remains an active volcanic landscape, but it also protects 9,000 years of human history as well as important habitat for salmon and thousands of brown bears.

One of the primary purposes of Katmai National Park and Preserve, based on legislation, is to: protect habitats for and populations of fish and wildlife, including, but not limited to, high concentrations of brown bears and their denning areas, and maintain unimpaired the watersheds and water habitat vital to red salmon spawning.

Katmai wildlife is very abundant and home to over 2,000 Brown Bears, and a highlight of any trip in Katmai. It’s just amazing to see these beautiful bears in their natural habitats. Bears are usually sighted daily, if not constantly while adventuring in Katmai. The exception to this is in The Valley of Ten Thousand Smokes, where there are still bears, but they are not as prevalent as they are in the riverine habitats.

A predictable eruption occurs at Katmai National Park and Preserve annually as salmon burst from the northern Pacific Ocean and into park waters. The salmon run begins here in late June. By the end of July, a million fish may have moved from Bristol Bay into the Naknek system of lakes and rivers. Salmon stop feeding upon entering freshwater, and physiological changes lead to the distinctive red color, humped back, and elongated jaw they develop during spawning. The salmon spawn during August, September, and October.

Salmon provide food for the bears, bald eagles, rainbow trout, and directly or indirectly for the other creatures that forage along these streams. They also have been important to Katmai people for several thousand years, and commercial fishing -outside the park- remains the mainstay of today’s local economy. 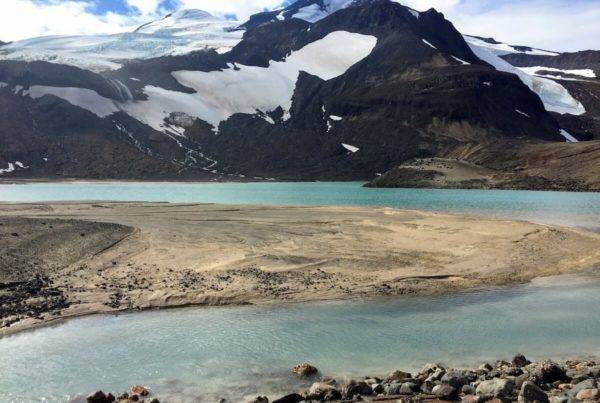 On June 6, 1912, a new volcano emerged on the Katmai landscape and forever altered this region. For 60 hours, a volcano later named Novarupta sent ash into the sky as high as 20 miles (30 km). Ash and pumice from the eruption also rushed down the Ukak River valley as pyroclastic flows and surges moving at more than 100 miles per hour (160 kilometers per hour).

The Ukak River valley was transformed into 40 square miles (64 square kilometers) of barren ash. Heat trapped in the ash took decades to cool. Any water buried by the ash or that percolated into it flashed into steam. The vents where the superheated steam emerged became the fumaroles that inspired the name Valley of Ten Thousand Smokes.

Today the Valley of Ten Thousand Smokes (i.e. the Valley) offers a chance to explore a landscape created by the largest volcanic eruption of the 20th century. The beauty, scale, wildness, and mystery of the Valley make it one of the best places in the world to study the violence of volcanic eruptions and experience the raw power of nature.

Feel free to call us any time for assistance with directions, travel information, lodging & dining suggestions, or anything else to help make your trip a great one!